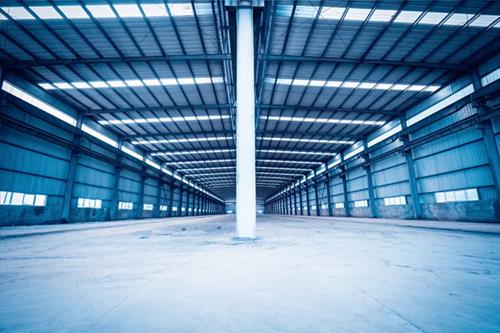 While activity of commercial real estate in Hamilton, Burlington and Niagara has been somewhat tempered in 2022, two asset classes continue to stand out, according to the new 2022 Commercial Real Estate Report from RE/MAX Canada. Industrial and multi-unit residential—with particular emphasis on purpose-built rental apartments—were the exceptions to the rule, with logistics and procurement taking centre stage. Demand for properties in these cohorts remains strong, with limited supply noted throughout the Niagara Peninsula. Overall sales of commercial real estate in Hamilton and Burlington were down approximately 27 per cent in the first quarter of the year (49 versus 67), compared to the same period in 2021, according to the Realtors Association of Hamilton-Burlington. Dollar volume, however, rose exponentially to almost 108 per cent, rising from $48.8 million in Q1 2021 to almost $101.5 million in the first three months of 2022.

Institutional investors and REITs have been exceptionally active in the area’s industrial market. Land acquisition is well underway, as illustrated by the sale of 423 acres of industrial land in Brantford to Panattoni Development for $290 million in April. The City of Hamilton continues to develop and promote its Airport Employment Growth District (AEGD) as a North American Gateway hub for logistics, distribution, and goods movement. Amazon recently opened the doors on its 855,000-square-foot robotics fulfilment centre and delivery station in Hamilton.

The Niagara Region has also experienced strong demand over the past year, with vacancy rates for industrial product hovering at or near zero**. Properties in Fort Erie and along the Niagara River are most sought-after. Commercial sales fell just short of 2021 first quarter levels in the Niagara Region in 2022, with 70 properties changing hands between January and March of this year, compared to 71 during the same period in 2021. Dollar volume soared in Niagara year-over-year, climbing 26 per cent in the first quarter of 2022, compared to one year ago. Nearly $85.6 million in commercial real estate traded this year, up from $67.8 million one year earlier*.

End users have also been active in the industrial market in 2022, preferring ownership over renting as a hedge over inflation. The same trending has occurred in the office sector as owners seek to secure small freestanding structures that allow them to own their own domain. Office locations in more suburban areas have fared better than those in downtown Hamilton this year, where vacancy rates** hover well over 14 per cent. While employees remain reluctant to return to offices in the core, those that are in suburban neighbourhoods have a better chance of returning to normal sooner rather than later.

Demand for retail storefront remains stable, especially in some of the trendier areas, while condo retail vacancies remain relatively high. The cannabis industry—which propelled retail leasing in previous years—has reached a saturation point. Closures are expected in the year ahead due to lacklustre sales and consolidation within the industry.

Given future population growth projections and current low vacancy rates for rental apartments (hovering at 2.8 per cent) in Hamilton***, the need for purpose-built rental housing is critical to the overall growth of the city. Several multi-unit, purpose-built residential projects are underway, including the redevelopment of Hamilton’s waterfront. Re-purposing of existing retail product is also occurring, as evidenced by the sale of Hamilton’s Eastgate Square. Plans for the 505,000-square-foot mall situated on 45 acres are currently in the design and development stage but will likely feature both a strong retail and housing component. A 2021 draft report prepared for the city by Lorius and Associates, in association with Hemson Consulting Ltd., suggests that the rate of intensification required for Hamilton “equates to nearly 1,800 units annually, which is more than double the historic level of such development that has occurred over the past decade.”

Since 2016, Hamilton has attracted seven million square feet of industrial and commercial space, including major corporations such as Amazon and Corbec Steel. Land values and employment support continue to resonate with potential employers considering the area as a potential new home for their organizations. Strong economic performance within Hamilton has rippled into surrounding areas, raising their visibility on a national stage. With GDP growth in Ontario expected to climb 4.2 per cent**** in the year ahead, the future looks promising.